well, i sent the new ebike pack out, as the new charge balance board was doing ok. 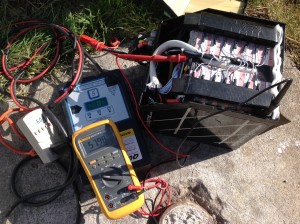 so they ran it hard, i mean really hard, charged it up fine, then ran it even harder still, till the smoke came out.  i don’t know if you’ve ever seen lithium battery fires, youtube can show you, these cells have the equivalent of a few dozen laptops together, so the fire hazard was very real.

lucky, it was just the huge cutoff transistors that melted away.  they must have not been fully “on” with my tap to the balancer board, as the fuses did not blow rated 250amps. 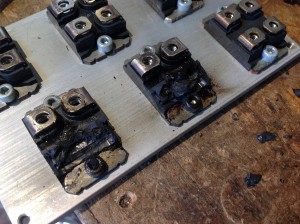 gonna be hard to remove them from the heat sink. 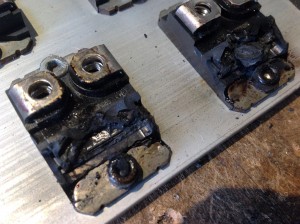 never seen inside one of these before. 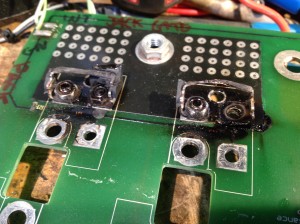 now i know how the terminals work, can see the rest of them still attached to the PCB.  i think i’ll do a breaker and shunt instead, a smart display and current monitor, and use the big contactor on the bike as the cutoff.